Adaptogens, nervines, and nootropics are three classes of herbs that are great for nervous system support. All three can help our bodies cope with emotional and cognitive challenges. In today’s podcast, learn about these three herbal categories and some examples of each.

Who can relate to stress and anxiety? Most of us! Things “get on our nerves.” Work and relationships can stress us out. We feel anxious from time to time and we worry. Even before the pandemic, anxiety was common. According to the National Institutes of Health, 31% of adults in the United States will experience an anxiety disorder at some point in their lives. So, as an herbalist, it’s natural to wonder “How can I use herbs to support a healthy nervous system?”

Welcome to the Teacup Alchemy podcast. I’m Agatha, herbalist and founder of Teacup Alchemy, a community resource for trusted herbal information. I produce podcasts, articles, and affordable courses about using herbs for natural wellness. In today’s episode, we’re talking about the types of herbs that support the nervous system.

First, let’s have a little nervous system review. This is a very simplified review, but it’s enough to give us context when we go on to talk about adaptogens, nervines, and nootropics and how they interact with the nervous system.

The brain and spinal cord are the main parts of the central nervous system. The CNS controls things like awareness, memory, speech, and non-reflex movement. Neurons are the nerve cells that are found in the spinal cord, the brain, and in the peripheral nervous system. It’s common to read or hear about gray matter and white matter when you’re exploring the CNS.

The brain has “grey matter” (which actually isn’t gray in living tissue, by the way- it’s light pink because there are capillaries) and white matter. Grey matter is composed of neurons (nervous system cells) and other non-myelinated aspects of the nervous system. Gray matter is where the processing happens.

The peripheral nervous system is mostly made of neurons, axons, and swann cells. As we’ve mentioned, a  neuron is a nerve cell and axons are branches or connector cables that stem from neurons and transmit to muscles, glands, and other neurons. Swann cells are glial cells, specialized nervous system cells that create myelin and protect the axons.

The autonomic nervous system controls things that you don’t need to think about doing like digestion, breathing, and heart rate. It’s also responsible for reflexes like vomiting, coughing, and sneezing.

What types of herbs support the nervous system?

A nervine herb has the ability to act on the nervous system. That’s a remarkably broad definition, and this class of herbs can be subdivided even more. This language is borrowed from pharmaceutical parlance, by the way. It’s a holdover from when herbs and medicine hadn’t yet parted ways in the mid to late 1800s. Nervine herbs can be described by more specific actions such as:

You can also think about nervines in three main categories: relaxants, tonics, and stimulants. Anxiety is often accompanied by physical tension. Antispasmodic herbs like valerian are one type of relaxant nervine, but some euphorics and sedative nervines  are also physically relaxing without being specifically antispasmodic. Damiana and Albizia are examples..

Nervine tonics have a nourishing or balancing overall effect on the nervous system. Some herbalists like using the term nervine trophorestorative for nervine tonics, so you may hear that as well. Trophorestorative just means restoring normal function within a body system. It’s more specific than tonic, and helps differentiate between TCM concepts of tonic herbs and the Western mindset.

Stimulant nervines increase alertness, processing, or activity. Things like green tea or coffee are obvious examples, as they contain the stimulant caffeine, but herbs that are nervine diffusives like prickly ash are another type, and so is schisandra’s nootropic ability to enhance natural focus.

Some herbs can be both stimulating and calming. Valerian is an example – especially when fresh, it seems to act as a stimulant for some people but helps other people unwind and calm down. Schisandra is another example, because it is simultaneously calming and yet increases focus and recall.

Nervines are further organized by their affinity with a specific organ system. Hawthorn’s affinity for the heart or lobelia’s affinity for the lungs are good examples. This is simply a way of classifying herbs according to where they seem to be especially useful. It doesn’t mean that they are only used when those organ systems are out of balance.

Next, let’s have a look at nootropics. According to the American Botanical Council, the definition of “nootropic” is an herb that “enhances memory, improves cognitive function and mood, and reduces oxidative and eschemic damage to the brain.”

Like adaptogens, a nootropic may be from natural sources or may be a pharmaceutical drug. Several mechanisms may explain their activity. Some herbal nootropics may increase circulation, like ginkgo. Others may have the ability to increase neurotransmitters and thereby upregulate brain activity.

Calamus doesn’t get a lot of attention in Western herbalism. However, Ayurveda has many traditional uses for the plant. Certain strains do contain high levels of Beta-asarone, which is potentially toxic to the liver and is a suspected carcinogen. Because of this, calamus isn’t used as a flavoring ingredient and supplement in the United States. However, I mention it because The American Herbal Products Association recognizes that the North American strain of calamus contains low levels of beta-asarone and is safe. I don’t offer it to others, but I do use it personally.

Most (if not all) adaptogens overlap with nootropics and may have nootropic potential. These include ashwagandha, rhodiola, ginseng, tulsi, schisandra, and bacopa. However, not all nootropics are adaptogens.

Once you have a good grasp of nervines and nootropics, you can better understand adaptogens. This class of herbs can help us in our overall response to stress. They support emotional, physical, and mental wellbeing.

Adaptogens tend to be amphoteric, that is they normalize. It’s especially common to hear about them being immune amphoterics, but in my experience their amphoteric action applies on many levels. They are, in essence, the great normalizers, with an affinity for the relationships between the nervous system, endocrine system, and the immune system as well as for the individual systems themselves.

Another way adaptogens support the nervous system is through increased resilience toward generalized stress. They’ve been studied for an ability to level out the stress response. Rather than peaking after an alarm phase and crashing into a recovery phase (which we can feel as physical tiredness or emotional distress), adaptogens work with the sympathetic and parasympathetic nervous system to smooth out that response. They give our nervous system the ability to pause and, in essence, think, “Oh, ok. No big deal. I’ve got this.”

Supporting the nervous system with nervines, nootropics, and adaptogens

Whether you are supporting specific nervous system challenges with nervines, protecting and enhancing healthy cognitive function with nootropics, or gifting resilience to your nervous system with adaptogens, herbs provide a wide range of abilities and possibilities for vibrant mental and emotional wellbeing.

Our Ko-Fi page is also a great place to keep up with behind the scenes news and events. 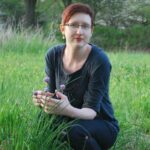 A freelance writer and herbalist since 2011, Agatha is dedicated to creating an online reader and listener supported platform supporting her work as an herbalist. Her focus in herbalism includes sustainable agriculture, community wellness and accessibility, and botanical conservation. 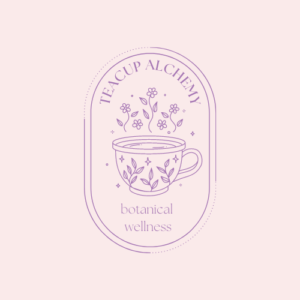 Teacup Alchemy is produced by herbalist and author Agatha Noveille. She is a certified health and wellness coach based in Atlanta, Georgia and is an associate member of the American Herbalists Guild. 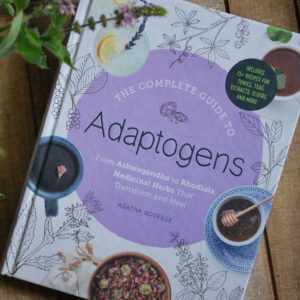 Written by Teacup Alchemy’s founding herbalist, The Complete Guide to Adaptogens is a recipe book for herbal self-care. Learn to make a variety of teas, elixirs, and nourishing treats to support everyday wellbeing. Purchase the book through Amazon or wherever books are sold. 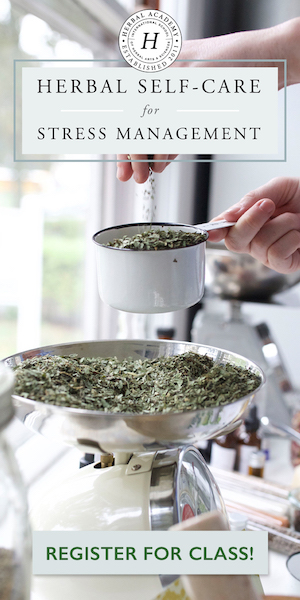 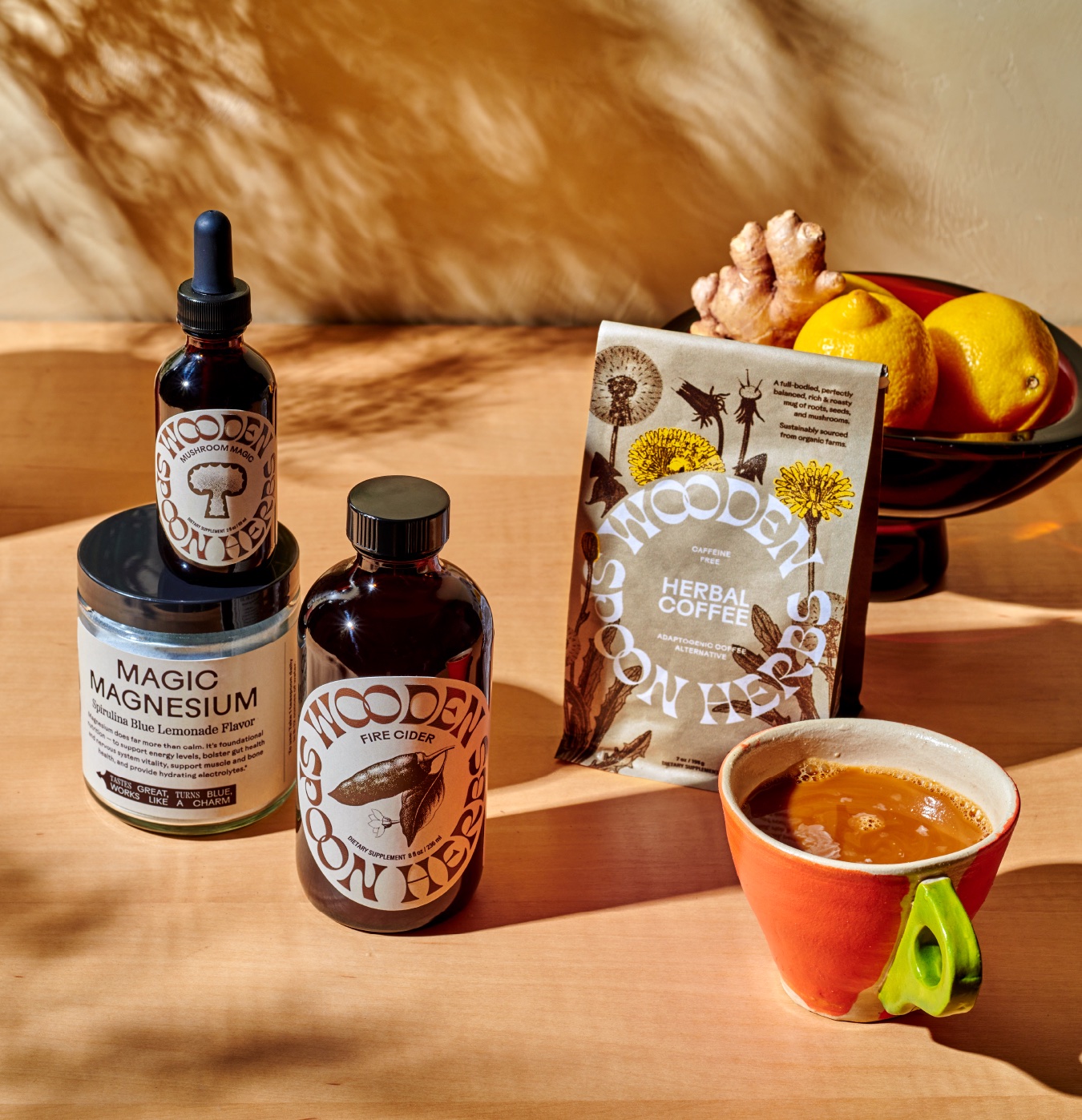